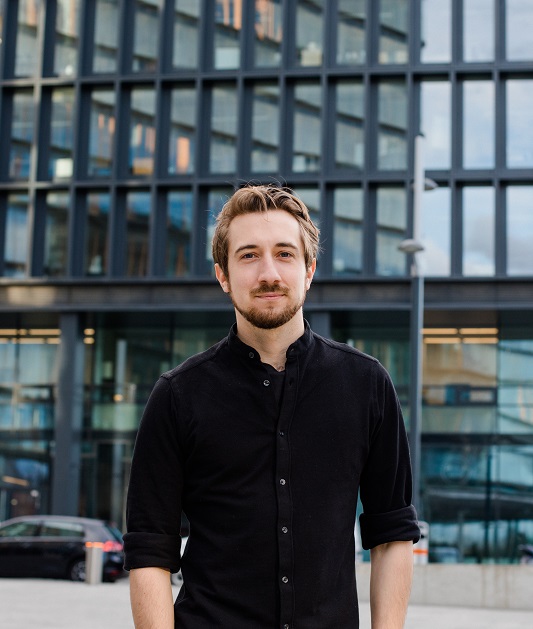 Bernhard was born 1992 in Salzburg, Austria. After graduating high school, he moved to Vienna, where he gained professional set experience. Since 2014 he studied at the Vienna Film Academy. His short film EXCUSE ME, I'M LOOKING FOR THE PING-PONG ROOM AND MY GIRLFRIEND was awarded Best Short Film at the Austrian Film Awards 2019, premiered at Moscow Film Festival, was selected by more then 120 international film festivals and received 40 awards.

Bernhard's short EXIT RIGHT went viral on Facebook in 2018 with more then 12mio views in total and two of his films have been broadcasted by ARTE and received Vimeo Staff Picks. Currently Bernhard is developing his debut feature film PEACOCK. With his script he was selected for the 40th Cinéfondation Residence of the 73rd Festival de Cannes 2020.

'On Hold' is an intelligent experimental documentary, that portrays the problems teenage callers of a helpline face. The themes range from interpersonal structures, over puberty, to social and societal pressure. Ambitious cinematography and clever editing support the unconventional narrative style, which seems like the perfect way to highlight the intergenerational nature of the topic.